Update (2020-05-18): I’ve since switched to a more powerful desktop computer for my photography business. I still use the X220 as a dedicated machine to connect with Zwift, a social cycling app. 🚴

My personal machine is a 8-year-old Lenovo ThinkPad X220 running Ubuntu 18.04 with i3wm.

It does not have a single USB-C port. It sports a 1366x768 TN display panel (in case you’re wondering, you can see each individual pixel with your bare eyes). The battery life of the 4-cell battery is horrendous (I barely get 2 hours out of this thing). The trackpad is so small, one could even wonder if it’s a trackpad for ants (no need to say that I never use it). The Wi-Fi card only supports 2.4GHz networks, so hopes for blazingly fast Wi-Fi are to be pushed aside. There’s even a bit of gaffer tape on the bottom left corner of the body to hold the cracked plastic together. 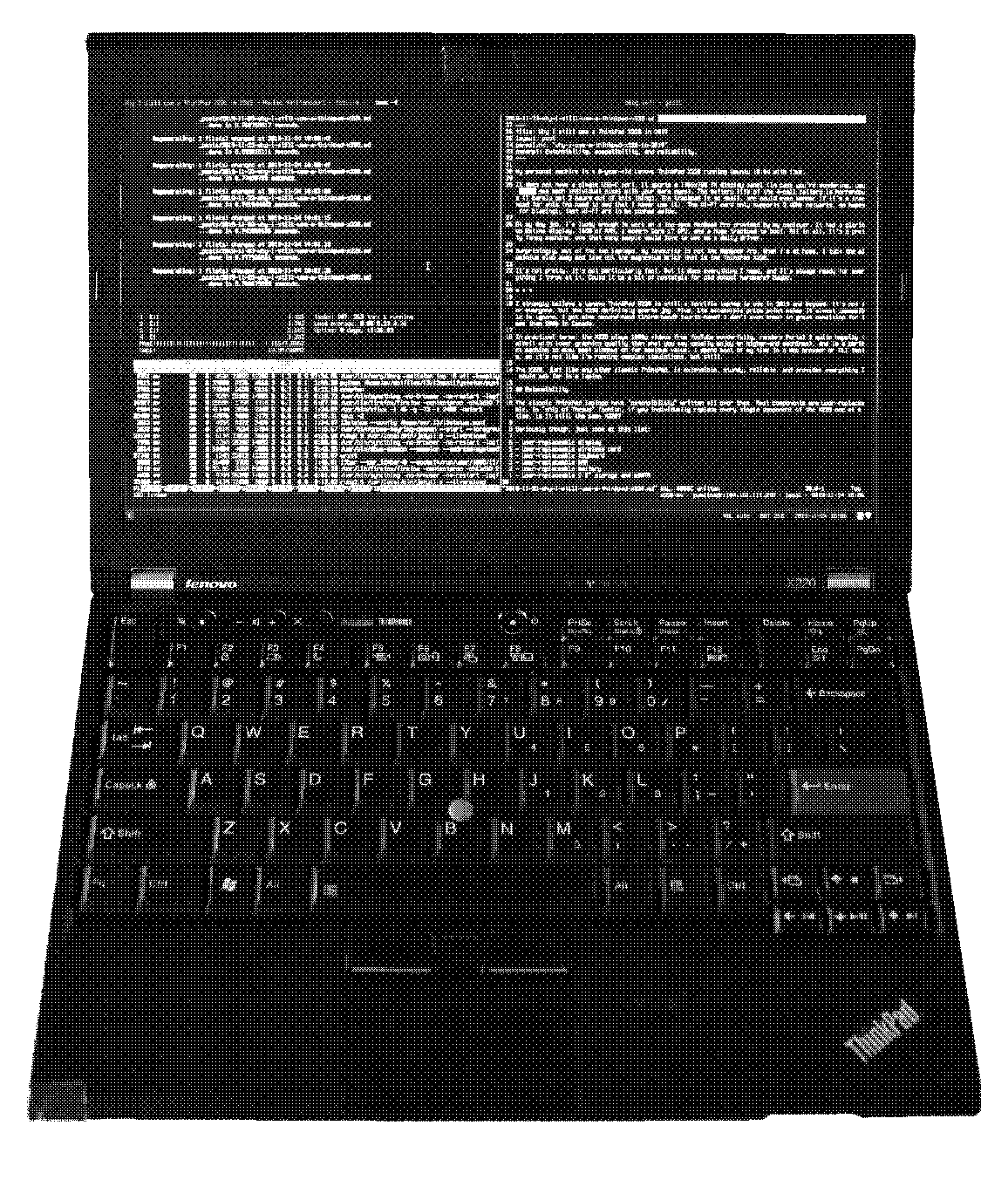 Speaking of the devil...

At my day job, I’m lucky enough to work on a top-spec MacBook Pro provided by my employer. It has a glorious Retina display, 16GB of RAM, a modern Core i7 CPU, and a huge trackpad to boot. All in all, it’s a pretty fancy machine, one that many people would love to use as a daily driver.

I mean, let’s just compare the trackpads for a second. It’s almost funny at that point. 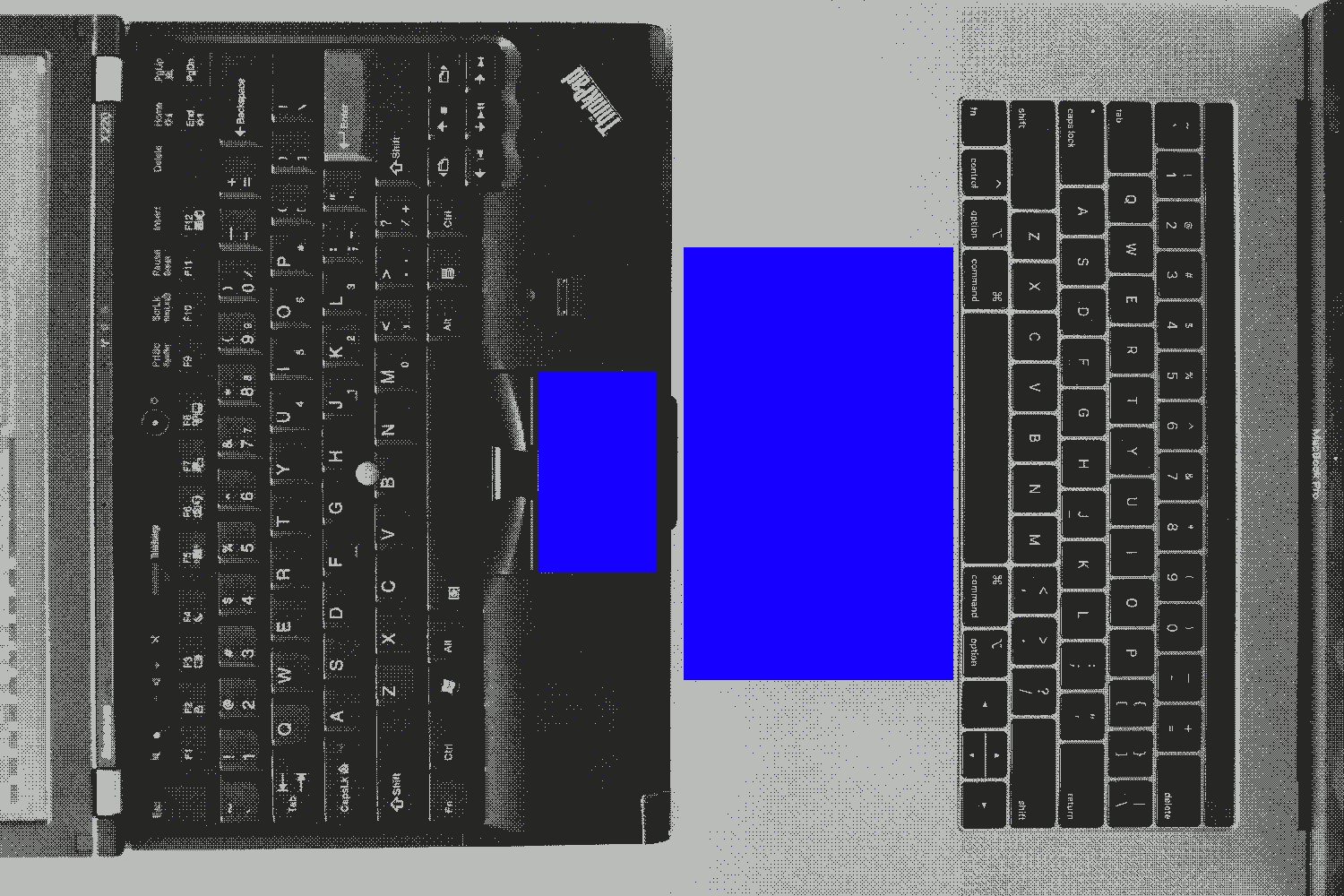 Trackpad size comparison. ThinkPad X220 on the left. 15" MacBook Pro on the right.

Surprisingly though, out of the two laptops, my favourite is not the MacBook Pro. When I’m at home, I tuck the aluminium slab away and take out the magnesium brick that is the ThinkPad X220.

It’s not pretty. It’s not particularly fast. But it does everything I need, and it’s always ready for everything I throw at it. Could it be a bit of nostalgia for old school hardware? Maybe.

I strongly believe a Lenovo ThinkPad X220 is still a terrific laptop to use in 2021 and beyond. It’s not for everyone, but the X220 definitely sparks joy. Plus, its accessible price point makes it almost impossible to ignore. I got mine second-hand (third-hand? fourth-hand? I don’t even know) in great condition for less than 200$ in Canada.

In practical terms: the X220 plays 1080p videos from YouTube wonderfully, renders Portal 2 quite happily (albeit with lower graphics quality than what you may usually enjoy on higher-end machines), and is a perfect machine to dual boot Windows on for maximum value. I spend most of my time in a Web browser or CLI tools, so it’s not like I’m running complex simulations, but still.

The X220, just like any other classic ThinkPad, is extensible, sturdy, reliable, and provides everything I could ask for in a laptop.

The classic ThinkPad laptops have “extensibility” written all over them. Most components are user-replaceable. In “ship of Thesus” fashion, if you individually replace every single component of the X220 one at a time, is it still the same X220?

That’s a list many laptop owners can only dream of. Laptops are increasingly shut tight deliberately, preventing users from fixing and/or upgrading their devices themselves. Not with a classic ThinkPad though.

I previously owned a ThinkPad X230, which many consider to be part of the last generation of “classic” ThinkPads. Multiple components of that X230 had been upgraded: IPS display, SSD storage, additional RAM, backlit keyboard in my native language, new 9-cell battery, etc. It was a dream machine, and the X220, just like other classic ThinkPads, offers the same extensibility and user-friendly servicing. I eventually bricked the X230 by spilling water in the underside RAM slot (weird accident, don’t ask).

After bricking the X230, I purchased a second-hand ThinkPad X250 on eBay, only to sell it a few weeks later as it’s a huge step backwards compared to the X220/X230: there’s only one user-accessible RAM slot in the X250 (instead of two). The rest of the RAM is soldered to the board. The keyboard is user-replaceable, but to do so you need to take the entire computer apart (instead of just replacing the keyboard directly as with the X220/X230). Like, what? Who thought that was a good idea?

Being a 2011 laptop, it also features various ports that some modern laptops users may only have heard of. At work, where everyone uses a top-of-the-line MacBook Pro, it’s like some sort of utopia where everything is wireless, and we don’t ever need to use the USB-C ports for anything other than charging the laptops or connecting to a giant 4K display.

In the real world, however, you’d need a handful of adapters with a MacBook Pro to connect to the rest of the world. The X220 provides everything you could practically ask for here: 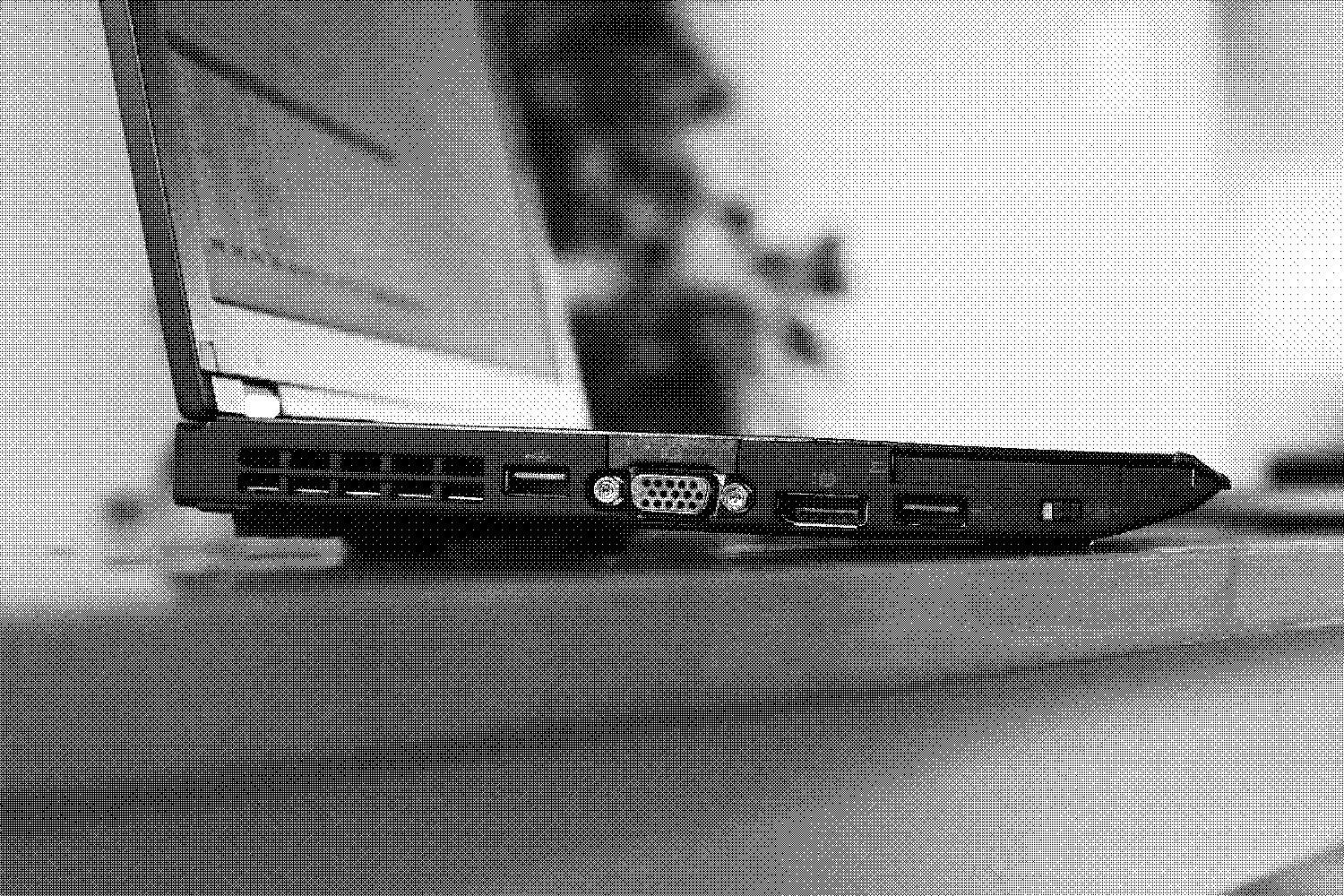 Left side of the X220. A whole world of connectivity awaits.

Plus, there are other goodies about this machine:

I like to think that a classic ThinkPad is akin to a Toyota Corolla, one of the most (if not the most) reliable production cars ever produced. Give it a good and thorough clean up once a year, change the oil at regular intervals, keep your software up-to-date, and you’ll enjoy this machine for a long time.

Classic ThinkPads just feel like business. They won’t let you down. The /r/thinkpad sub-reddit is full of classic ThinkPads (some of them I would even call “retro” instead of “classic”), and these things just keep on running, decades after the initial release date.

The laptop’s shell is made out of magnesium instead of plastic, making it extra sturdy. The keyboard feels great. Not your typical cheap keyboard from your run-of-the-mill HP laptop. The display hinges are solid.

Again, going back to the X250 I used for a couple of weeks: it felt cheap compared to the X220/X230. The shell was made out of plastic, the display seemed fragile, and the trackpoint buttons felt flimsy. Not a great experience coming from a X230.

If you’re looking to purchase a second-hand classic ThinkPad, do it. Buy the thing. Slap GNU/Linux distribution on there (or *BSD, if you’re into that sort of thing), and have fun.